What's Your Definition of a Miracle?

Does religion always play a role in a miracle?  Can anyone perform a miracle, or, does the miracle have to come from God?  Mohammad?  Or an angel?  Or some known deity?

Does a miracle have to involve the supernatural in some way? for example, have you ever had a horrible headache and, after taking 2 aspirin, just 15 minutes later the headache is entirely gone. Does this qualify as a miracle?

Some of us  decide some occurrence was a miracle, because it involved some event that is, by most, judged to be impossible.

Sometimes we decide something was a miracle, because the results happened extremely fast.

Because of my professional background I've been fortunate enough to have witnessed or listened to eye witness accounts from my patients various types of healings, which, I would say fell into the category of a miracle.

I tend to subscribe to the theory that miracles happen all the time, but most of us just don't look for them for some reason or another.

Let me know what you think? Do any of these incidents below sound like miracles?

1.  I saw a 90 yr. old woman who had tripped on her basement step and her leg was very
painful. I took an x-ray of her leg, and, when I noticed she had a triple fracture and
came around the corner to tell her, she was going into shock. I used a very common
energy medicine technique on her and within 2 minutes she was laughing and joking.
Was this a miracle?

2.  A young lady came up to me limping. I said what's wrong and she told me she had
fractured her little toe and was in a lot of pain. I aimed a small device at her foot
that falls under the heading of an energy medicine device for 2 min. I held the device
approximately 3 feet away from her foot.  After the 2 min. had passed she walked
walked around on it and reported that the pain was 90% gone.  Her limp had
vanished.  When I saw her the next day she said the pain was still 90% gone.  Miracle?
3.  I had a young lady come into my office with a severe migraine.  She said the pain was
intolerable. Since she didn't have an appointment and we were booked, I placed a
small sugar pellet under her tongue that had been imprinted with a particular
frequency. This treatment obviously qualifies as an energy medicine intervention.
In 15 minutes she came out of the room with an amazed look on her face.   The pain
had vanished! She said she's had migraines for years and they always  take 5-6 days
to go away.  She called it a miracle.

4.  A few years ago I had a friend of mine help me with an experiment using baby chicks.
We used an energy medicine device to treat chicken feed. Since we had two different
types of chickens, we decided to give the treated chicken feed to the chicks that would
not grow nearly and large as the chicks that got the untreated feed. After 8 weeks we
noticed that the chicks that were supposed to grow up to be small chickens were
actually bigger than the chickens that had eaten untreated feed. Somehow, the feed
that had been "zapped" with the energy medicine device created "super chickens".
We couldn't believe our eyes!

When you learn how to move energy, you’ve got the world by a string”
Copyright © 2017 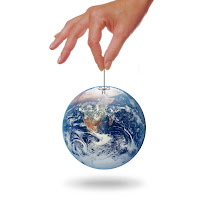 Popular posts from this blog

October 24, 2017
Think about the energy that’s coming TO us and THROUGH us
What if that energy, that life force that’s coming to us is blocked, either partially or totally? Does it make sense that, eventually, things are not going to function well? Common sense, right?
One of the most important things we can do to make sure our lives go as smoothly as possible, in ALL areas, is to ensure proper energy flow. I’m referring to areas controlling our health, our relationships, our jobs, our money, our emotional happiness, even our spiritual lives. A good analogy is that of the dimmer switch on a light. I’m sure you’ve seen these. If you turn the knob as far as it will go, the light will reach maximum brightness. But you can also turn the knob gradually and the brightness of the light slowly increases. On the lowest setting it might create a nice ambience for the room, but it wouldn’t be bright enough to read by. The energy, or life force that flows to each and every organ needs to be at its peak. For examp…
1 comment
Read more
August 25, 2017
Quantum Care R & D, LLC Who Are We? A personal message from the president of Quantum Care:
After treating patients for 35 years I began to notice that much (not all) of what I and many other doctors did to help people in need could have been done by the patient themselves. I gradually came to the realization that, with some training and the right tools an individual could have a huge impact upon their own health as well as that of their family. Today, with the health care system we now have, there is a very narrow range of problems a medical clinic or hospital can handle. Obviously, trauma care and acute, life-threatening illness belong in a medical setting. However, what about the other 99%? No physician will EVER have what I would call the proper amount of physical time to give to you. They are just too busy. And, think about this: Is that their job? It is not. You are responsible for you. You are responsible for what you think, what you believe, what you eat, what you drink, and ho…
Post a Comment
Read more
October 24, 2017
New and Improved
There are many examples where scientists have gotten something completely wrong.
And no, I’m not saying there are many examples of scientists actually coming out publicly admitting they had something completely wrong. That is extremely rare. For some reason, this phenomenon seems to be very common in the healing field.
Why?
So we hear something new comes out.....some new theory.  But then we discover that MANY times it was already known YEARS ago, usually 25-50 years ago. Occasionally even HUNDREDS of  years ago.
So what happened?
First of all, new doctors replace old doctors…changing of the guard so to speak. And why is this important? The new doctors are given different information in medical school. They are told…learn this! The old ways are forgotten. But are they simply “forgotten”? It is usually very easy, with just a little digging and investigative reporting to show that money and politics are involved in most cases. Of course there are exceptions.
So what’s the mec…
Post a Comment
Read more